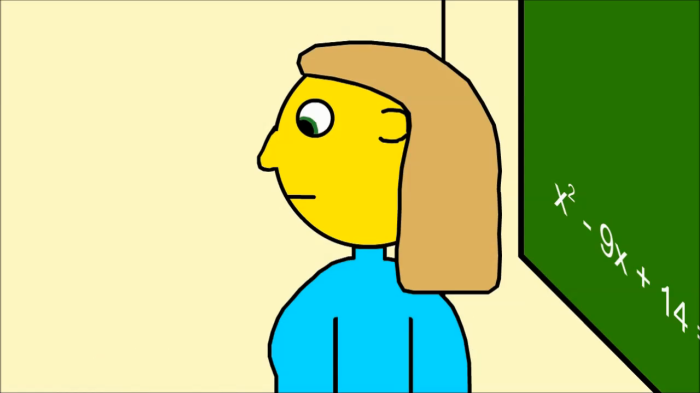 Portrayed by:
Johanna Speizer (III) (credited as Johanna Mimbs until 2011)

Ms. Larson is a math teacher at Gief High School.  She just started working at Gief recently, and she is very young.  This has led to some awkward misunderstandings involving male students at Gief, such as Cow Chip, asking her out.